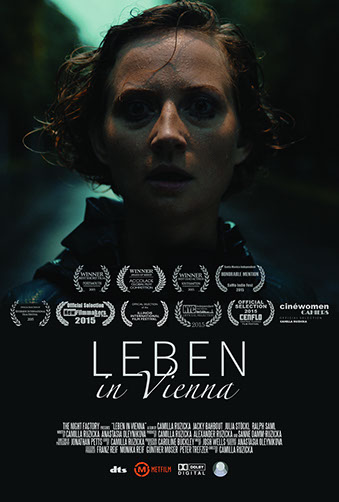 After being diagnosed with the early stages of Alzheimer's, Anna, a 30-year-old control freak from London, goes to Vienna with the hope of treating her disease and escaping the sympathy and pity of her family and friends.

She seeks the help of an extremely rude and bitter Austrian doctor who is refusing to talk English to her and is more interested with her accepting her disease than treating it. Anna, however, is determined to prove him wrong and enrols in a language school after reading that speaking an additional language could stop the growth of the illness. There she meets Cemile, a young, cheeky, confident and slightly odd, Turkish girl, who constantly tries to get to know Anna and wants to show her around in Vienna. Preoccupied with her treatment Anna is uninterested in meeting new people and finds Cemile, Vienna and its citizens to be completely irritating.

After Anna's new optimistic test results come back, the uncomfortable relationship to her doctor changes. He suddenly realises that he might have been wrong about Anna and is impressed by her determination and stubbornness. After her first unexpected breakdown, Cemile is there to help her up and be her friend, who gives her a new perspective on her illness and her situation. Anna is about to realise, however, that she is going to need more than her own determination to truly save herself. Her symptoms are forcing her to escape her loneliness and face her biggest fear yet: to trust people.

Leben In Vienna has been screened at 8 international festivals, won 4 awards and has been included in the Palm Springs International Shortfest Film Market.